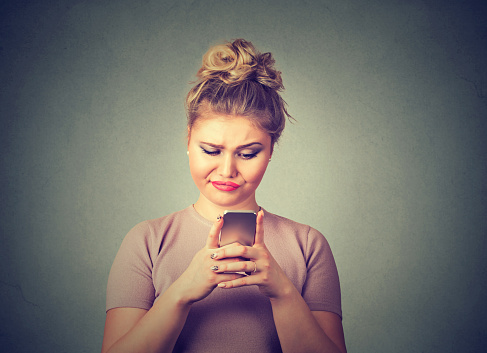 As a sheer marketing platform, social media brings with it a host of advantages that can’t be ignored. According to one recent study, there will be 2.5 billion unique users worldwide on social media networks by as soon as 2018. Right now, social media sites like Twitter and Facebook have the potential to effortlessly connect you with approximately 70% of the United States population.

However, social media also presents some challenges, too – particularly if you insist on taking the “tried but true” marketing techniques of yesteryear and trying to cram them into a social media-shaped box. If you want to unlock the real potential that only social media can provide, you’ll need to keep a few key things in mind.

One of the most important things to understand about social media networks is that they aren’t all created equally. Someone who uses Facebook isn’t looking for the same TYPE of message that someone who uses Twitter is. The same goes for LinkedIn, Pinterest and more. While they’re all “social networks” in the strictest sense of the definition, they all have their unique strengths.

Twitter users are looking for shorter, bite-sized bits of information while Facebook users prefer longer, more thoughtful posts. A piece of marketing collateral that you designed for Facebook won’t necessarily play well to Twitter’s audience, and vice versa. You have to understand the channel you’re using, play to its strengths, and adapt across the board. Even if you’re presenting the same message on each network, you have to make sure that the delivery mechanism is optimized for the platform you’re working with at the time.

One of the most mission critical things to understand as you move forward with social media is the fact that 90% of young adults today (defined as people between the ages of 18 and 29) are social media users. Not only that, but a third of them say that social media is one of their preferred methods for communicating with businesses in general.

In essence, this means that if you want to create the type of loyal following that will carry your business far NOW, you have to start playing to their habits on social media today. These younger users will continue to age, and if you can hook them young via social media, you’ve likely hooked them forever.

Finally, one of the most important considerations about using social media as a marketing platform has to do with what happens if things go wrong. Because of the intimate, constant connection that social media generates, anything less than honesty is not welcome. If customers have a concern, address it. If a legitimate problem arises, do what you can to make it right. If something bad happens with your company – be it a negative run-in with a customer to a full-fledged PR disaster – don’t just try to sweep it under the rug and pretend like it never happened.

Gabe Newell, a former Microsoft employee and founder of Valve Corporation, said it best when he said “One of the things we learned pretty early on is ‘Don’t ever, ever try to lie to the internet – because they will catch you. They will deconstruct your spin. They will remember everything you ever say for eternity.”

In essence, this means that while social media can bring a lot of positive attributes to your company regarding the sheer marketing power it offers, it is also a slippery slope. If you want to use social media to develop meaningful, lasting relationships with your target audience, you can’t assume this is a given. You have to earn it, and you can never take it for granted.